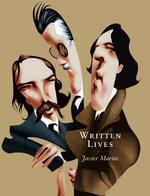 Written Lives, a collection of essays by the Spanish novelist Javier Marias, may be one of the most unusual and charming books written about writers ever written. Most writers have a healthy interest in the lives and work of others in their trade, believing, to quote from one of Marias's essays, "that in those lives, or in their most secret anecdotes, can be found the key to a writer's work." Often diligent biographers give us access to such details, but with a great deal of dross alongsides, in works often five or six hundred pages long - as Marias notes, we are living in an age of "exhaustive and frequently futile erudition".

In contrast, Marias's attempts to sketch out the shape of the lives of Joyce, Faulkner, Turgenev, Rilke, Nabokov and Kipling, among others, are usually no more than six or seven pages long. His essays are a felicitous mix of precisely weighted observations, whimsical speculation, and telling details or anecdotes. He claims of his selection that "the one thing that leaps out when you read about these authors is that they were all fairly disastrous individuals", although it cannot be denied that, just as a novelist never bothers to write about characters who bore him, so Marias seems to have eliminated from his selection those writers who led quiet, sensible, dull, workaday lives.

Writers emerge here as an eccentric, scatterbrained, and chaotic lot in their personal life, no matter how beautifully alert and composed their work (indeed, perhaps because they gave so much of themselves to their work). Joseph Conrad was so absentminded that "it was not unusual for the book he was reading suddenly to catch fire after prolonged contact with the candle illuminating it". Henry James's speech resembled his written sentences, multi-claused and neverending: "The simplest question addressed to a servant would take a minimum of three minutes to formulate, such was his linguistic punctiliousness and his horror of inexactitude and error". Vernon Lee would come up with "so many arguments in a discussion that she would sometimes contradict herself and it would become hard to follow her". Yukio Mishima was so egotistic that he once made a record "on which he played all forty characters in one of his own plays".

And yet - and yet. Marias says at one point in his chapter on Robert Louis Stevenson, "Nowadays, almost no one takes the trouble to read Stevenson's essays, which are among the liveliest and most perceptive of the past century". If this observation has a faintly unsettling quality, it is because it alerts us to what is missing in Marias's essays, which is some sense not just of a writer's life but also of the particular qualities of his or her work. This lacuna renders some of Marias's essays slightly insubstantial, too much like pleasant trifles. While they are never uninteresting, they serve to remind us that, even at the hands of someone as accomplished as Marias, writers are nothing without their books.

And also perhaps their looks. Tacked onto the back of Written Lives is a long essay, "Perfect Artists", very different in method and manner from the rest of the book. Here Marias delves into his collection of picture postcards of writers, and declares that he is going to look once again at these familiar faces - Dickens, Eliot, James, Baudelaire, Blake - "with pen in hand". Marias's essay on these faces, eyes, poses, gestures, and what they reveal about the personality of the subject - matters that most human beings spend a great deal of time contemplating in their effort to understand each other - contains some of the most delicate and surprising writing one could ever hope to read. 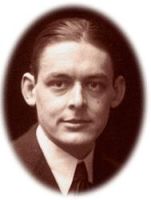 We see Eliot, "a man who had spent decades combing his hair in exactly the same way….He is meticulous, a perfectionist, and he does not find it an effort to remain so immaculate - it is just a question of habit". 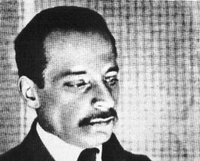 Rilke looks absolutely unlike the fragile, questing figure we would imagine from his poems. "His face is frankly dangerous, with those dark circles under deep-set eyes, and the sparse, drooping moustache which gives him a strangely Mongolian appearance….The truth is that he could be a visionary doctor in his laboratory, awaiting the results of some monstrous and forbidden experiment". It is this section of Written Lives that seems likely to become Marias's most enduring contribution to literary biography.

Here are some excerpts from Written Lives: "William Faulkner on Horseback" here, and "Giuseppe Tomasi di Lampedusa in Class". A story by Marias, "Fewer Scruples", can be found here. And here's a recent essay by Marias, "Smoking and Fuming", on Spain's new antismoking law.

Marias's translator for Written Lives is Margaret Jull Costa (who also translated the José Saramago book I wrote about recently). The work done by translators often goes unacknowledged. In truth it is translators, more than any other class of people, who allow cultures to gain access each another and who bring the world to our doorstep. Translators help achieve (to use a phrase by Edmund Wilson which I quote from memory, perhaps not entirely reliably) a "cross-fertilisation of cultures", without which we would be more limited people, confined by linguistic boundaries. In my last post, on the Russian writer Ruben Gallego, I linked to a discussion of the craft of translation by Robert Chandler. Here are two more very good essays on translation: "Novels Found in Translation" by J. Peder Zane and "The Mysteries of Translation" by Wendy Lesser.
Posted by Chandrahas at 10:15 AM

Chandrahas, I read the essay - Giuseppe Tomasi di Lampedusa in Class. What you said is true - [...] If this observation has a faintly unsettling quality, it is because it alerts us to what is missing in Marias's essays, which is some sense not just of a writer's life but also of the particular qualities of his or her work. This lacuna renders some of Marias's essays slightly insubstantial, too much like pleasant trifles. While they are never uninteresting, they serve to remind us that, even at the hands of someone as accomplished as Marias, writers are nothing without their books. [...]

Very nice article. I am a regular visitor, though this is my first comment. More power to your elbows (or forehands, perhaps)!

You may also find the introduction Seamus Heaney wrote for his translation of the epic Beowulf illuminating.