Literary Days at the Norwich Showcase 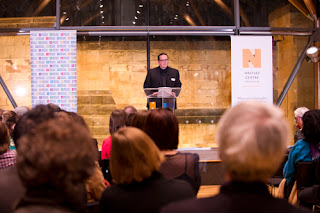 Some days of one's life one feels grateful for nothing more than the simple pleasure of being alive, and among people tuned not just to the same frequency (principally the wavelength answering to a love of language, jokes, and coffee), but also the same forms -- the old and new ones of literature, literary debate, production, and transmission.

I've been thinking these unoriginal, but nevertheless compelling, thoughts particularly strongly over the last four days as I attend, from morning to night, a set of readings and discussions in England at the Norwich Showcase, an event organised by the British Council. The festival brings together 40 of the best contemporary British writers working in a diversity of forms and languages (across fiction, poetry, drama, performance poetry, nature writing, translation) with a set of representatives from literary organizations, periodicals and festivals from Britain and around the world from Brazil to Uganda to Malaysia to Canada. I'm in Norwich to speak about contemporary Indian literature, and my own work as the Fiction & Poetry editor of The Caravan.

Very often the pleasures of a text are enhanced by the voice of the mind that composed them. Over the last four days I've heard verse by Hannah Lowe, several of them about her father, a professional gambler (a recording of which you can hear here; the texts of some of the poems are here), Tom Warner (here's his very funny and acute poem "Day Thirty-Two", about a survivor of an air crash on a desert island looking at life around him, and here are two others called "Magician" and "Under Natural History"), Kei Miller (who read his excellent "12 Notes For a Light Song of Light"), and Lavinia Greenlaw. If you'd like to listen to Miller and Warner reading one after the other, a podcast of their readings alongside the poet Emily Berry is here.

Yesterday I also enjoyed the writers Robert Macfarlane, whose work I admire greatly, and Adam Foulds talking about new directions in writing about landscape. Macfarlane spoke illuminatingly about the centrality in literature of "the connection of aesthetics to ethics -- the idea that if you learn to see the world differently you'll probably behave differently" and turned the idea into an image by describing it as "a fairly reliable two-stroke engine".

Later, the novelist Adam Thirlwell delivered a razor-sharp talk about the idea of translation not as a substitute for the original but rather a match for it, involving a number of subjective choices made by the individual translator that can never be worked up into a replicable theory or system. Here's is Thirlwell's essay "The Joyful Side of Translation". There was also an astonishing session of performance poetry last night by Luke Wright, who compressed dozens of verbal riffs, jabs, jests and grumbles into a quarter of an hour of pure energy -- a bit like a verbal equivalent of a surging and dipping run downfield by Gareth Bale, the left-winger of the most romantic football team on the planet, Tottenham Hotspur. (Wright cracked everyone up with his line "Some of my best women are friends".) 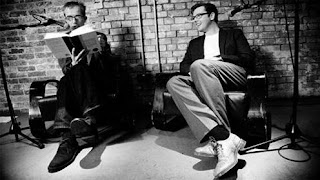 But there's also been a chance to learn about a host of strategies being employed in our shapeshifting literary world to bring new readers to literature, use new media in the service of literature, and link up the private and the social sides of literature. The marvellously funny and articulate writer Damian Barr is also the salonniere for the Shoreditch House Literary Salon, which hosts an evening, free to all, of readings and bookchat among writers selected by Barr in London every few weeks (the Facebook page for the Salon is here; I'm going to the next event, "Faith and Doubt", on Wednesday the 14th). This isn't your standard meet-the-celebrity event: no books are available for sale, and there are no signings either -- it's all about the written word and the conversation during and after.

The Ugandan writer Doreen Baingana spoke of her work setting up support networks for women writers with her group Femrite, and the writer Jorge Antonio Marques of Brazil (who has, among other things, written a book about the history of tattoos) described his efforts to set up a most unusual literary festival, Flupp, to be held in Rio de Janeiro later this year, to be held on a hilltop in a favela. Samantha Schnee spoke about the work she and her colleagues have done over the last decade publishing over a thousand writers from over a hundred countries in English translation in the marvellous webzine Words Without Borders. Recent issues include a special on the Arab Spring, and an older one focussed on Urdu fiction from India. (An old Middlestage review  from 2007 of a Words Without Borders anthology is here.) 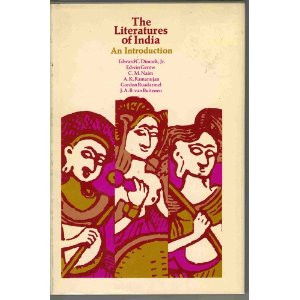 And with that I'm off to shop, during our lunch break, at a little secondhand bookstore opposite the Norwich Cathedral, where all of today's events are being held against the background of the cathedral's steepling spire. My little jaunt there during the morning's coffee break has already yielded two quite rare books, which further intensifies my conviction that there's no university in the world quite as useful as a good secondhand bookshop.
Posted by Chandrahas at 6:39 PM 2 comments:

The Caravan's Fiction and Poetry for March

Here are my selections of fiction and poetry for The Caravan's March issue, with little notes on each piece:

The Virgins by Irene Némirovsky, translated by Sandra Smith

ABOUT THE STORY The French filmmaker Jacques Becker once said: “In my work I don’t want to prove anything except that life is stronger than everything else.” He might have taken this thought from the French novelist Irène Némirovsky (1903-1942). Némirovsky’s great theme is the continuous oscillation of human beings between passion and peace. Her protagonists, alive to all the pleasures this world can offer, are memorably marked by what Nemirovsky calls “fire in the blood”.

In this many-sided story, whose ambiguities begin with its very title, a group of women are seen interpreting selfhood, and its relationship to love, marriage and motherhood, through the prisms of their own lives and each other’s. The virgins of the story have much wisdom to offer. In their judgments of the protagonist, there is no hint of jealousy. Even so, might it be that they are trumped finally by “the inimitable prestige of experience”? Might it be that we are most fully human through the intelligence of hindsight, not foresight? The values attached to the word “life” in Nemirovsky—freedom, experience, passion, connection, a particular kind of strength rooted in vulnerability—suddenly surface alongside other competing and persuasive visions of the good life, the whole structure so delicately constructed and balanced it could only be found in the work of a great storyteller.

Némirovsky was Jewish. Her own life was tragically snuffed out in a concentration camp in Auschwitz in 1942, while she was halfway through her masterwork, Suite Française. The manuscript was discovered in a suitcase many decades later and became a worldwide bestseller when first published in 2004. Sandra Smith, the translator of this story, is also the translator of all of Némirovsky’s novels currently available in English.

ABOUT THE POEMS In the poems of the acclaimed Tamil poet Salma, there appears the same layered and thoughtful attention to the power and pitfalls of female subjectivity that animates this month’s fiction selection. But they are relayed in a voice that is heavier, more burdened, speaking under the weight of the entrenched structures of patriarchy. Repeatedly in these poems, we sense a speaker having to argue with the world before she can be allowed to argue with herself. Yet the modern Indian writer is much more frank than the older European writer about the particulars of the female body—a contrast that shows how much feminism has opened up the language of female self-witnessing, to be sure, but one that also reveals the extent of Salma’s directness and daring. We find that even if the speaker of the poems decides never to leave “the courtyard of my own house”, her unforgettable voice locks us up, too, into that courtyard.

Salma is also the author of one of the great modern Indian novels, The Hour Past Midnight (Zubaan, 2009, translated by Lakshmi Holmstrom).
Posted by Chandrahas at 12:27 AM No comments: