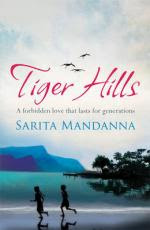 Human presence in fiction is a complicated thing, and amounts to much more than the sum of the characters who exist within the field of the story. It extends to the narratorial presence as well – that is, the presiding intelligence that observes a novel’s characters, that reflects on the meanings of their actions and “lets them through” to us, or indeed sometimes productively screens them off from us, making them all the more intriguing because they are mysterious. When the narrator seems to pressure the material – to simplify the solution of a dilemma, to insist too strongly on a transition, to use suspiciously convenient accidents and coincidences to drive the story forward – we dim the lamps of our engagement and retain an interest only in the “what” of the story and not in what should be the pleasurable “how” of its progression, sentence by sentence and paragraph by paragraph. I had just such a feeling reading Sarita Mandanna’s sprawling first novel Tiger Hills.

Tiger Hills won a substantial amount of pre-publication attention last year when it was reportedly sold to Penguin India for one of the highest sums paid to an Indian writer for a first novel. A period piece covering 50 years from the last quarter of the 19th century onwards, it is set in the verdant, mountainous south Indian district of Coorg (the beauties of whose landscape are extolled at great length) and tells the story of three generations of two families linked by love, marriage, hostility and discord. It might be seen as the story of the beautiful and spirited Devi, with whose birth the story begins, or alternatively as the thwarted love stories of three people.

When still a child, Devi becomes friends with Devanna, a motherless boy. It seems as if their affection might one day turn into love, and indeed this is how things turn out for Devanna. But when the 10-year-old Devi sees the dashing Kambeymada Machaiah, a kinsman of Devanna’s, at a function held to celebrate Machaiah’s slaying of a ferocious tiger, she is entranced, and decides to marry no one but him. She carries this resolve all the way into her adulthood. Even though Machaiah has taken a vow of celibacy for 12 years, Devi manages to wend her way into his affections. Devi and Machaiah begin an ardent love affair, but their accord is shattered by a single act of violence.

Returning drunken and battered from the medical school hostel where he has been assaulted by a senior, Devanna declares his love for Devi and, when she will not have him, forces himself upon her. Machaiah is away – and to cover the shame of the incident Devi is hurriedly married off to Devanna. Devi never forgives Devanna, not even when he attempts to take his own life and becomes an invalid. For all three characters then, life becomes the task of having – this is one of the novel’s few genuinely striking images, taken from the world view of a Christian missionary who mentors Devi – to “bear the weight of the cross”.

There is plenty of story in Tiger Hills. A mere summary of the plot would run to over a dozen pages. But if the book is a period novel by intent, it also has "The Past" stamped over it in a more unintended way. It is not a credit to the book that it should resemble so closely several over-familiar strains of the Indian novel. One may find in it the “Triple-Decker Novel of Family” (in which the sheer scale and duration of the storytelling invites our awe); or the “Novel of Tropical Weather and Burning Passion” (in which the glories of weather, landscape and love are always extensively described, and always without understatement); the “Novel of Predestination” or the “Horoscope Novel” (in which the protagonist is shown to be destined for a storied life from birth itself and is shadowed by portents and omens thereafter); and indeed, the “Novel of Characters Without Character”, in which the problems of the representation of an extra-large cast of characters are usually finessed by acts of omission or simplification, so that even the protagonists wax and wane in complexity.

Nor is the narrator at all a subtle or intelligent interpreter of the action. Consider the novel's reading of Hermann Gumbert, an ambitious German priest who heads the local Mission School, and whose love of botany finds rich matter in the burgeoning plant life of Coorg. Our introduction to Gumbert begins with a pointless act of narratorial fussiness (“Hermann Gumbert had arrived in Coorg over three years earlier. Three years, five months and sixteen days to be exact.”), one of many bits of padding and deadwood in the book. But what is more complicated is the narrator’s gloss when Gumbert, who is very attached to Devanna and does not want him to go very far from Coorg, decides that Devanna is to go not to Oxford but to Bangalore Medical School. Here the narration reaches ahead of itself, and we are told, as the closing line of a chapter: “[I]nnocent of the wheels he had set in motion, of the catastrophic consequences his actions would bring, Gumbert turned out the lamp and finally went to bed.”

But what exactly are these “catastrophic consequences” brought about by Gumbert? In medical school in Bangalore, Devanna is preyed upon by older students, in particular by a vicious Anglo-Indian called Martin Thomas. Thomas beats and tortures Devanna at every opportunity, and on one occasion sodomizes him. But the more that Devanna is preyed upon by Thomas, the more we wonder whether any of this should really have been be traced back to (or in this case, forward from) Gumbert. Not only is this narrative gesture poor storytelling, because it refuses to allow the story to take its own course and tries to draw us on by waving the red flag of approaching catastrophe, it is also poor perception, because it connects the well-meaning Gumbert to the despicable Thomas in an unreasonable way. We reject the narrator’s judgment because it seems to want more to produce a certain kind of story than to be just to the characters.

The three long-legged birds in silhouette on the cover of my British edition embody one of the novel’s more egregious contrivances. Devi is born to a family on the middle rung of Coorg’s feudal ladder. But as her mother’s water breaks while she is working in the fields, a flock of herons arrive from nowhere and circle around her, “executing a final sharp turn to land by her feet”, and then take off again, showering her with water from their wings. Devi’s mother is disturbed by this incident. When the village priest is in turn troubled by the child’s horoscope, she reports the incident with the herons to him.

The priest cannot explain the occurrence (“Who could read the mind of God?”, the narrator somewhat lamely interjects), but clearly the herons want to be part of the story and, unbeknown to the characters, continue to hang over the action all the way through. At key moments in the action the narratorial gaze suddenly slips away, and shows us a picture of herons taking flight somewhere nearby. Sometimes this gesture reaches a point of pure bathos (“High above them, a solitary heron floated on a thermal...”). This is just leaden, unsubtle symbolism, designed to infuse the story with a hooded mystery. Like Pavlov’s dogs, we are schooled by the pressure of repetition to expect something we are not used to. The arc of action rises (metaphorically); herons rise (physically).

The same sense of overdetermination is visible in Mandanna’s language, the predominant gesture of which is a kind of lush suffocation. The novel repeatedly makes heavy weather of weather descriptions, subclauses pointlessly repeating the action of main clauses. “Watery shafts of light spilled from behind dark grey clouds, laminating the town in opalescence.” “The mist draped itself over her, brushing wet, welcoming fingers over her cheeks and arms as it enveloped her in its gauzy cocoon.” Wouldn't the metaphor not be better if it was not so diffused and misty, attaching itself to every possibility – fingers, then a cocoon –  that comes up? Wouldn’t the sentence be much cleaner if it had the self-discipline to stop at “arms”? This sort of writing is frequently hailed as evocative and ambitious, but close examination shows it to be merely lazy.

The same metaphorical sloppiness is seen in a line like “He forced Kate from his memory like water through a sieve, until all that remained was a coarse sediment”. But water through a sieve leaves no sediment at all! The opening lines of my British edition – an epigraph, left out of the Indian edition, that goes “Through all of time, it’s rise and it’s fall;/the heart stays blind, yet sees truest of all.” – immediately strike a false note. What Mandanna really wants is the possessive pronoun “its”; not the contraction of “it is” that she has provided, thereby making a nonsense of the proverb. Its not right to do this.

One might end by examining a pivotal scene in the novel, that of Machaiah’s death, far from the place and the people he loves, in the passes of Afghanistan, where he is sent after enlisting as a soldier. As Machaiah falls, we are told that “Hundreds of miles away, a woman, heartbreakingly lovely, woke up with a start, her heart contracting with nameless dread”. The narrator’s emphasis is worth noting. Even as we are shown the lovelorn Devi being lacerated by a telepathic distress – which, as believers in love, we might just accept – we must for some reason be reminded in the midst of all this, as if with a close-up shot in a big-budget potboiler, that she is “heartbreakingly lovely”. Readers who enjoy this sort of lumbering storytelling may find much to be diverted by in Tiger Hills.
Posted by Chandrahas at 6:16 PM

Email ThisBlogThis!Share to TwitterShare to FacebookShare to Pinterest
Labels: essays on Indian fiction, the novel